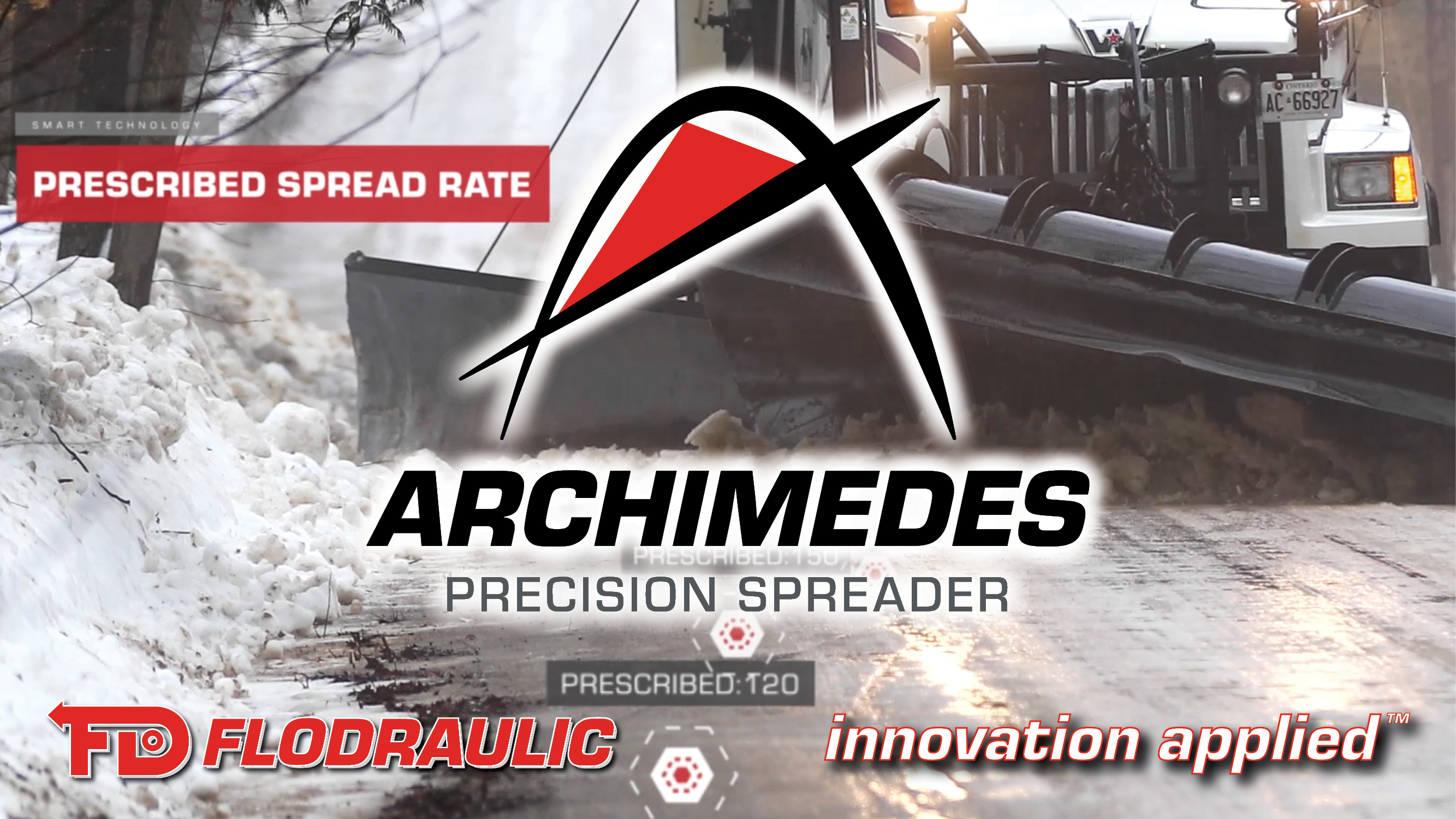 Flodraulic set out to create a semi-automated snow plow truck. After rigorous development, commissioning and field testing, Flodraulic’s patent-pending control system is now on trucks and the response is very positive.

There are several aspects to the Archimedes Precision Spreader:

Snow and ice vehicles are large and by definition are only operated when road conditions are at their most dangerous. As a result, being an operator of one of these vehicles requires skill and concentration. When all of the driver’s attention is consumed with the safe operation of the vehicle, minimizing the operator’s non-driving tasks allows them to focus on road conditions and vehicular traffic. This system will increase the safety of drivers by almost entirely removing salt control from their operational procedure.

With advanced salt controls, municipality salt usage will be much more accurate. The University of Guelph has run tests with the Ministry of Ontario and determined that average salt trucks use more than twice the necessary amount of salt on roadways. This is often attributed to combating blockages, erring on the side of caution, or proactive applications from weather forecasts. The technology in these new trucks will automatically respond to blockages for the operator and will recommend an application of salt that will use less salt than current trucks on the road while maintaining the same level of public safety.